Today was a lazy day at sea. I mean LAZY! I slept in, got sort of dressed then went in search of a late leisurely breakfast.

See the picture of my view over smoked salmon, capers, and French bread. That’s the bow of the boat. With as many passengers as this ship has, you would think it would be hard to manage to get these solitary moments, but I find little nooks and crannies all over the ship. Exhausted from my efforts, I found a deck chair and spent several hours watching the coast of France go by in the distance.  What a life. I then, mustered the energy to go get properly dressed and had dinner.  Then off to see the Blue Man Group – which was adorable! I resisted the temptation to go listen to the many music venues because I have to be ready to leave by 7:00 tomorrow morning for Cinque Terre.

Early morning. We docked in Livorno, Italy at 7:00 and shortly after disembarked for various excursions.  Livorno, itself, is pretty industrial – or at least the port is. It is the largest port in Tuscany and Tuscany exports a lot of goods. I had rented an apartment in Tuscany a few years ago so had spent quite a bit of time in Florence and Lucca, so I decided to see the Cinque Terre (pronounced cheen-kway tay-ray – you get extra points if you can roll the rrrr). This is a region north on the coast made up of 5 (cinque) villages. There is only one road that connects them.  Our bus dropped us off at Manarola and we walked along the Via de Amore (road of love) that connects the villages along the coast.

We then went to Riomaggiore where I found an amazing hazelnut gelato.  We then boarded a ferry boat that connected us to Vernazza, then finally Monterosso.  So we visited 4 of the 5 villages. 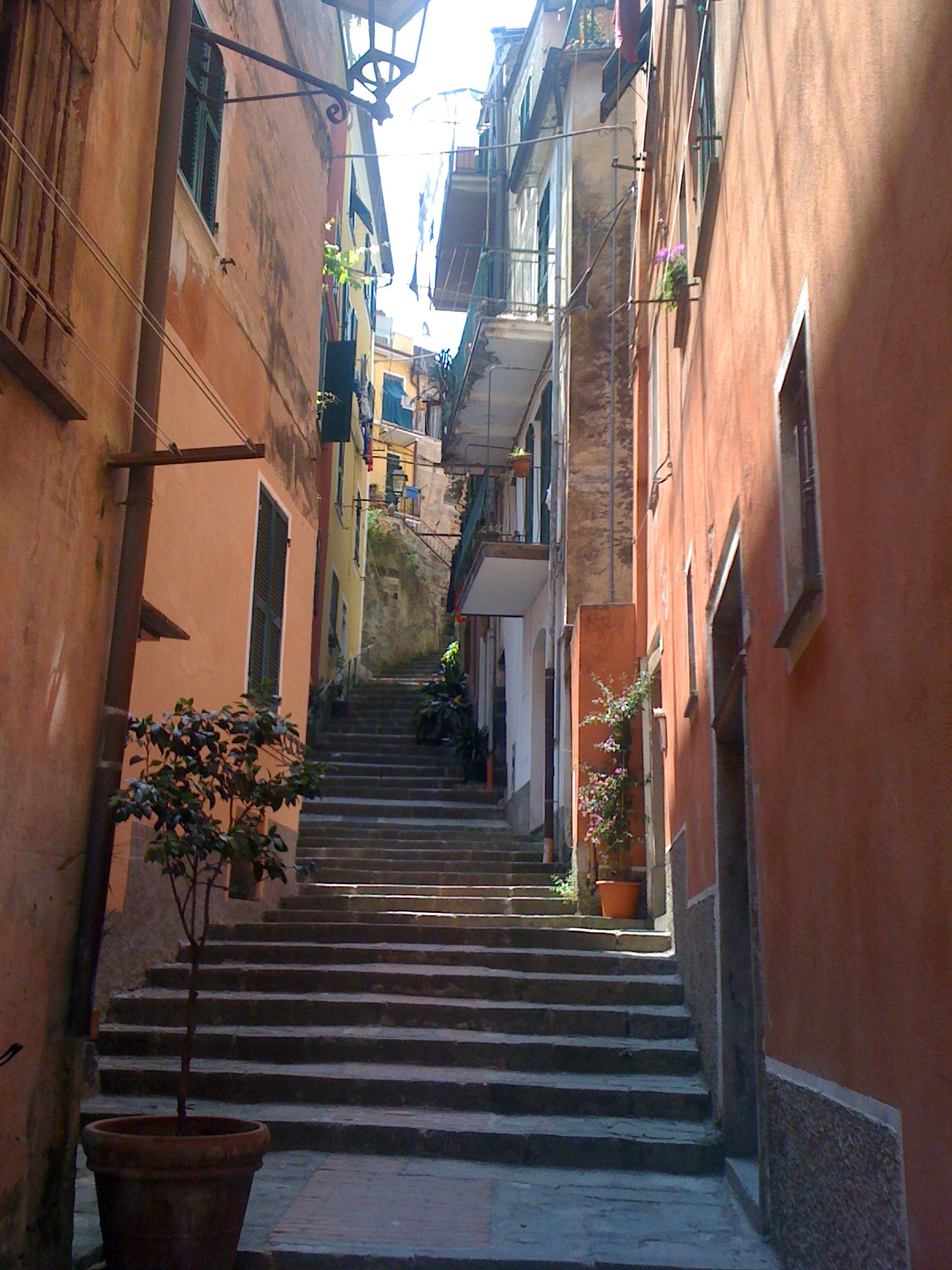 A via at Vernazza

The 5th, Corniglia, sits high upon a cliff and considering the amount of walking we had done, no one complained that we didn’t see it. We had enough time in Monterosso to eat.

I found a trattoria where I could practice my Tarzan-speaks-Italian and ordered linguine with clam sauce, sparkling water “with gas”, and the vino de casa rosso (red house wine).  It was perfect. The trattoria bordered a little park where school children had just left school. They were a laughing, birds were singing, and I felt so lucky to be there.

Tonight I had a simple dinner from the buffet. I am writing in this comfy leather chair at the Martini Bar (“Lemon martini for me please”), listening to a Spanish guitar player.  Rome tomorrow.

I made it to my “Home from Home”. It’s raini

After 5 wonderful months being a snowbird in my ow

Once upon a time, a dinosaur and a unicorn came to